“What do a Momma Bear on the pill and the World Series have in common?…

I have heard some pretty funny jokes in my life. The 2010 Major League Baseball End-of-the-Year Awards, though, have probably been some of the funniest jokes I have heard over the last couple of days.

To begin with, Ron Gardenhire of the Minnesota Twins was named the American League Manager of the Year yesterday. It marked the first time Gardenhire won the award and he won it because…um…why?

I don’t have an answer. He won it because the Twins took on and defeated a weak A.L. Central? He won it for going 2-8 over the last 10 games of the season?

Or maybe the Twins’ skipper won the award for getting booted in the first round of the playoffs for the fifth consecutive time. Do any one of those reasons make any sense?

I thought not. In reality they gave the award to the wrong Ron.

The Texas Rangers produced the best manager in the A.L.; no questions asked. Ron Washington took his team to the World Series for the first time in their franchise history. To get there, they beat a potent Tampa Bay Rays team in the American League Division Series as well as the defending champion New York Yankees in the ALCS.

In addition to that, Washington managed Texas past the Los Angeles Angels, a team that is almost locked in every year to win the AL West. Los Angeles had won the West three straight years entering 2010, but Washington and the Rangers did not let it happen again this year.

Apparently that is not worth anything in the voters’ eyes. Instead they gave the award to the Twins’ skipper, who although is good, clearly did not deserve it. I do not wish to take anything away from Gardenhire, but Washington was the logical choice.

So the writers made a boo-boo. You wouldn’t think they would do it again in a matter of one day, right?

Today it was announced that Felix Hernandez of the Seattle Mariners won the American League Cy Young Award.  The 24 year-old right-hander went 13-12 with a 2.27 ERA and 232 strikeouts in 2010. 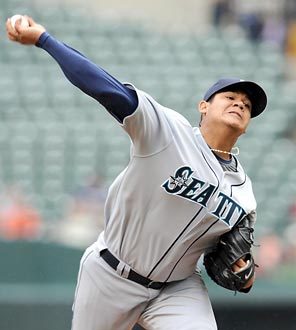 I had every expectation that either CC Sabathia of the Yankees or David Price of the Rays would win the Cy Young this year. I understand Hernandez had a great ERA, the lowest among A.L. pitchers, in fact. But I truly feel that it comes down to which pitcher is the most valuable to their team.

After all, the award does say MOST VALUABLE PITCHER on it.

Was Hernandez valuable to the Mariners? Perhaps yes, but look at the team in question. By the All-Star break, were they even playing for anything? Does the fact that they were out of the playoff race long before the season ended mean anything to any of the voters?

I guess not, so the joke is on me.

Yet, I think it should. Sabathia and Price pitched like studs under extreme pressure in a heated pennant race down the stretch and into the final week of the season. Hernandez has never been in that type of situation–needing to win in order to keep his team alive. 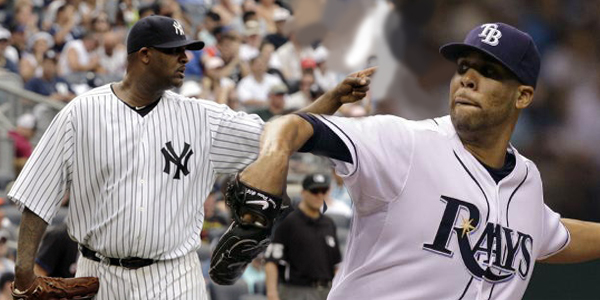 There are many who are currently arguing that wins do not mean anything; that Hernandez did not receive a great deal of run support and his overall individual stats were far superior to the rest of the candidates.

I understand the run support argument. I get the idea regarding individual stats. But please, do not try to sell me on the idea that wins mean nothing. I am not buying it. Winning is the whole reason the game is being played, isn’t it? Why would you not consider the most important thing when making a decision on who wins the Cy Young Award?

Sabathia won 21 games. Price won 19. Hernandez won 13. And in my mind, that’s how the Cy Young Award should have played out:

Sabathia wins it. Price is the runner-up. Hernandez comes in third.

And believe it or not, the fact that I thought Sabathia should have won it has nothing to do with the fact that I am a Yankee fan. In my mind, he was just the most valuable to his team–a team that competed in a division where it was anybody’s to win. The Yankees, Rays, and Red Sox were all fighting for the AL East up until September whereas the Mariners were cooked by the middle of July.

No pressure whatsoever on Hernandez. But with every pitch up until the last day of the season, there was enormous pressure on Sabathia and Price. I’m sure both of them had the mentality of, “If I don’t pitch well, we won’t win. If we don’t win, we are not winning the division.”

There’s no telling what was running through their minds every time they took the ball.

Hernandez could have taken the ball and potentially thought to himself, “Well, if I don’t win it’s not a big deal. We are going to finish in last place anyway, so it’s not like it matters.”

There’s a huge difference in that regard in terms of mindset.

Last year, it was a little difficult for me to accept Zack Greinke winning the award. But there were a lot of variables to consider. For one, he won more than 15 games and was at least eight games above .500 (at 16-8). He also overcame anxiety-ridden circumstances, something that I know (first-hand) is difficult to deal with.

And much like Hernandez, Greinke had the lowest ERA in the A.L.

Was Greinke on a particularly strong team? No, not at all. However his overall record and what he went through off the field to get himself back to prominence certainly means something. I would hope the writers took that into consideration when they voted for him last year.

In 2007 when Sabathia won it for Cleveland, I didn’t believe the right man won it. To this day, I still feel Josh Beckett was the best pitcher that year (and I am NOT a fan of his, so that really says something right there!) Beckett won 20 games, and as the ace of the Boston pitching staff he led the team to a championship. Again, he was the most valuable pitcher.

Sabathia won 19 games and helped lead the Tribe to the postseason. Yet when it came down to nut-cutting time, Beckett was the man who got the job done. He was clearly more dominant than Sabathia when it mattered.

I’d really like to know why the writers voted Hernandez the winner this year. I am still mind-boggled by the whole thing. Seriously, I mean I am really stunned.

Why don’t wins matter to anyone anymore?

When did the idea of being a valuable commodity to the team become obsolete?

Why is everyone caught up in ERA, WHIP, and IP?

Why is a guy who just barely made it over .500 this year our Cy Young Award winner?

What were the writers even thinking when they made this decision?

I guess I’ll never know. What I do know is that if I ever make the Baseball Writer’s Association, I intend to consider wins and how valuable the pitcher was as the most driving aspect of the Cy Young Award. I’d certainly never give a first-place vote to a player who was one game above .500, that’s for sure. 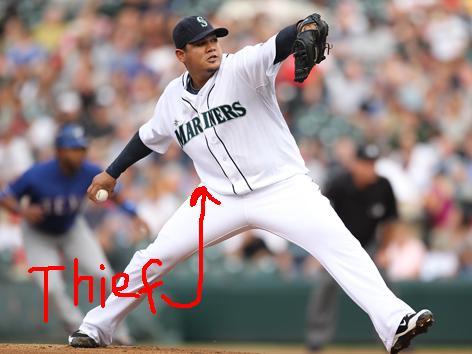 So on that note, congrats “King Felix.” You succeeded in winning an award that (in my eyes) you did not truly deserve. At all. Apologies to Mr. Sabathia and Mr. Price, both of whom were robbed of the Cy Young Award by a bunch of writers who don’t even think about winning, the whole reason baseball, or any game for that matter, is played.

Those aren’t award-winners. They are punch-lines.