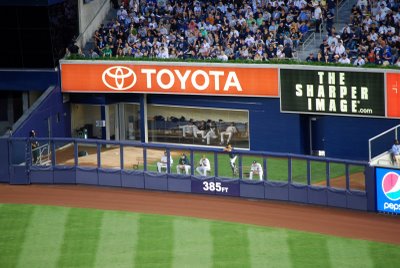 Before this season began, many folks called the Yankees’ starting rotation “comically thin.” Those same folks praised the Yankee bullpen, calling them dynamic and strong. Rightfully so, considering they have Mariano Rivera, and they bolstered the ‘pen with the signing of Rafael Soriano, who led the American League in saves last year with 45 for the Tampa Bay Rays.

Right now, it’s almost as if everyone had it backwards.

A.J. Burnett, Ivan Nova, Bartolo Colon, and Freddy Garcia have been pitching great, giving the Yankees length and quality. Each of the starters, who everyone thought were going to pitch terribly, are doing their part. The bullpen on the other hand has been faltering and failing.

With the Yankees leading 2-1 in the eighth, Soriano plunked Carlos Quentin, who was quickly replaced by pinch-runner Brent Lillibridge (more from him later). The next batter, Paul Konerko, pulled a home run over the left field wall, giving the White Sox a 3-2 lead. 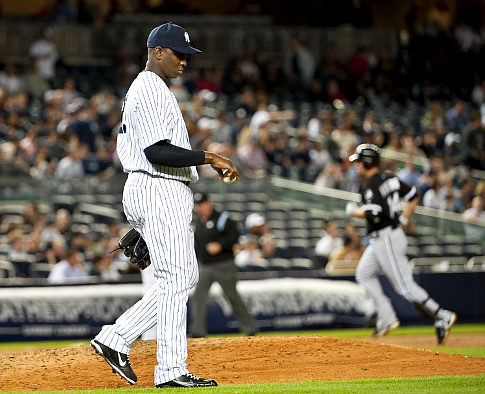 The Yankees tried to stage a comeback in the ninth; Derek Jeter singled, Curtis Granderson sacrifice bunted him over to second, and then Mark Teixeira walked.

Then it became the Lillibridge defense show.

Alex Rodriguez took a pitch to deep right field, all the way to the wall. On his horse, Lillibridge ran and tracked the ball down at the wall for the second out.

Robinson Cano, as the Yanks’ last hope, lined a falling blooper to right, again setting up another excellent play for Lillibridge; he dove, caught the ball, and ended the game.

The only two runs the Yankees generated were by solo home runs, off the bats of Cano (in the second inning) and Brett Gardner (in the fifth).

As a team the Yanks only had four hits tonight and two of them went over the wall. The Yankees collectively have 38 homers, and it’s evident they are relying heavily on the home run.

Tonight, that was the case.

But it probably should not have come to that in the first place. The Yankees brought Soriano to New York to fill the void in the eighth inning. He was meant to get big outs in the eighth inning; to hold close leads late in the game and set up Rivera, but so far he hasn’t done much of that. 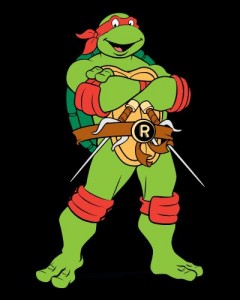 In fact, Raphael the Ninja Turtle seems to be doing more for the Yankees than Rafael Soriano.

He is 1-1 with a 7.84 ERA and he has more walks (8) than strikeouts (7). He left a bad taste in a lot of people’s mouths last night, not going for that popup behind the mound. Tonight he blew a tremendous outing by Nova, who pitched 6 1/3 innings and gave up one earned run on five hits.

Nova walked two and struck out three, the longest outing of his young career.

It was unfortunate for Nova, because if he had won he would have moved to 2-2 on the year. Instead Soriano blew the game and his chance at his second win of the season. Soriano’s body language has also been rubbing certain people the wrong way. 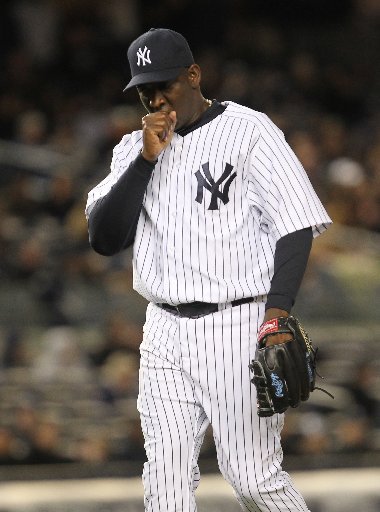 When he surrendered the home run to Konerko, he didn’t look fazed; he remained stoic and it didn’t look as though he cared he had blown the lead. There are some pitchers who do not show emotion, but with the way Soriano has been recently pitching, it wouldn’t kill him to look a little upset with himself.

Yet as poor as Soriano has been pitching, he isn’t alone. Rivera has blown his last two save opportunities, both after good performances from the starters. 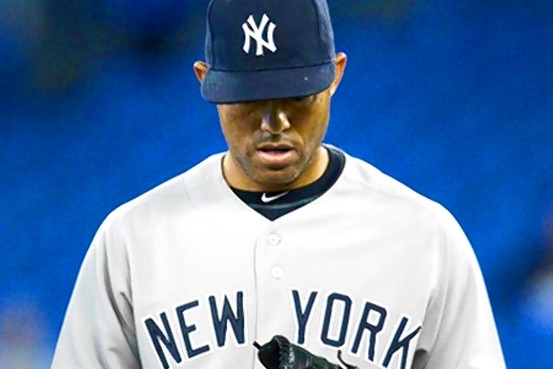 On April 19 in Toronto, Burnett gave the Yanks a great outing, turning in 5 1/3 innings and only allowing two earned runs. Rivera blew a 5-3 lead in the ninth and the Blue Jays went on to win 6-5 in 10 innings. Fast forward five days later in Baltimore, and another quality start, this one by Garcia.

Six innings and no earned runs by the starter and Rivera came in and once again let go of the lead. The Yankee offense bailed him out, taking the game into extra innings to beat the Orioles 6-3 in 11 frames, but it still goes as a blown save for Rivera.

The Yankee bullpen, as dynamic and strong as it can be, is not doing the job.

The only bright spot seems to be David Robertson, who has five holds so far this year. Robertson is 1-0 and has not allowed a run in 8 1/3 innings pitched. Tonight he tossed 2/3 of an inning, struck out one, and did not issue a walk. 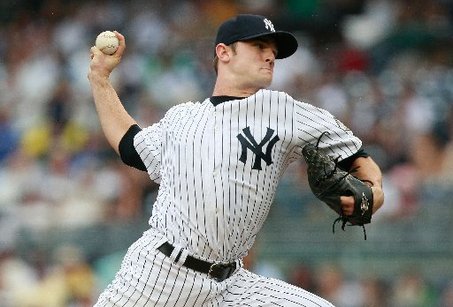 It’s nice to know we have one guy out there doing his job, but the rest of the relievers are ghosts.

As for the bullpen, minus Robertson, I have one closing thought for you:

Act like you care. Get your heads in the game. Start doing work and taking care of business. 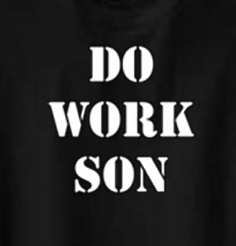