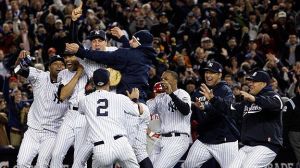 Think back to the glorious 2009 season for a second. On May 15, Brett Gardner hit an inside-the-park home run, starting what would be a 5-4 come-from-behind win over the Minnesota Twins – a win which this author attended.

What most people didn’t know (until after the game) was that he had visited a hospital during the day and met with Alyssa Esposito, a young lady who was set to undergo a heart transplant. She had given Gardner a bracelet, telling him that if he held onto it he would hit a home run.

God must have been working his will that night. It was an incredible story.

I caught up with Esposito in June of last year, conducting an interview with her. Since then I have kept in touch, and so has she, as she is a fan of Yankee Yapping on Facebook.

Apparently she caught my last two video blog posts and sent me something that warmed my heart; something that convinced me that I really am as good as I said I was in the first video I posted.

Here is what she had to say to me:

I watched both of your videos and I just want to say that you inspire me to be just as confident as you are.

I can finally write my book now that both brain tumors are gone. You inspire me to write and be more confident in myself that I can accomplish anything. You do what you need to do and do what makes you happy.

I love that you put your all into your work and make it your best. And I love how honest you are.

No one expects you to be perfect. You are original and stay that way. You have such passion for what you do, if only everyone was like that. I’ve grown to love baseball. It’s all I think about. It makes me calm and happy.

There is no other feeling like being in a stadium and soaking in every second. I want to learn everything there is to know about baseball.

I wish you nothing but the best.”

This really made me feel wonderful. In reality I am only writing and doing what I love to do, but for someone who has been through so much – a heart transplant and multiple surgeries – I can’t help but think about my problems (and yes, recently I have been going through some stuff, nothing as serious as a heart transplant, however).

My problems (and trying to overcome them) don’t even measure up to the challenges Alyssa has faced and triumphed over. It really made me think and put some of my feelings (lately) into perspective. For her to say such nice words and go as far as calling me an inspiration really touched my heart.

I never thought when I began this journey called “Yankee Yapping” in July of 2009 that it would make such an impact on so many people; that it would evolve into what it is today.

Since I have started this blog, it has been featured on MLB.com twice. Yeah, twice guys…twice! If you’re going to feature me why not hire me to work for you? Oh sorry. I forgot. You’re more interested in the Fan Cave and paying guys to do nothing…

I made my aunt smile when my uncle passed away, ESPN’s Buster Olney re-tweeted my little investigation from back in February, I was able to publish an interview with a major leaguer, and now I am an inspiration to a young lady who has gone head-to-head with unbelievable obstacles – obstacles that I could never even fathom.

At this time I would just like to thank Alyssa for her kind words. 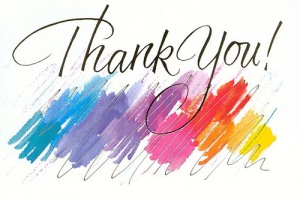 Most people look at their parents, their heroes, and their friends for inspiration. I never would have guessed I could have inspired someone with my attitude and my work – much less a person who has been through as much as Alyssa.

And I think I learned something, too: you don’t have to be rich and famous to inspire someone. You just have to have an attitude that someone admires and looks up to.

Me an inspiration? It’s the first time I have ever heard it. I just hope it won’t be the last.

I went to the Yankee game with my good friend Micheal Robinson last night. The Bombers nearly capped a huge comeback in the bottom of the ninth. Down 6-3 entering the last frame the Yanks pulled the Oakland Athletics to within one run, a 6-5 game.

With the bases loaded and two outs, Nick Swisher skied a long fly ball deep to center, nearly crushing what would have been a game-winning grand slam to win it.

Unfortunately the ball died on the warning track and the game ended. A loss for the Yanks.

Along with thanking Alyssa for her kind words, I want to thank Micheal for taking me to the game and getting such great seats behind the left field wall.

Thanks buddy. Now for the funny story…

I met Micheal at the stadium, as I took the train down. While I was waiting for him to get to 161st St., I sat on a bench outside the Metro North station. A group of kids, probably in their first years of college, congregated around the bench and began talking about the tremor (or earthquake) that occurred yesterday afternoon.

“Did you feel it,” one of them asked his friend.

“No, I was in Rockland and I didn’t feel anything,” his friend replied.

I subconsciously started nodding my head, because I had felt it. I had been napping in the afternoon when all of a sudden my bed started to shake. I had no idea what was happening, because I knew I wasn’t dreaming. I thought back to the scene in the movie “The Exorcist” when the girl’s bed started to violently joggle up and down.

Was the movie coming to life? That was my best guess.

One of the kids asked me where I was, so I told him.

A young lady who was with them said, “Yorktown? Do you know the Scott sisters?”

Unbelievable. The Scott sisters are two young ladies from Yorktown High School that play lacrosse – I covered them several times over the course of the last few months working for the local newspaper. Both of them were seniors this past year and are playing lacrosse at UNC next year.

It turns out the young lady who asked me if I knew them played lacrosse with them.

I love how even at Yankee Stadium they find me; random people that know people I know.

Life is funny. That is my conjecture. 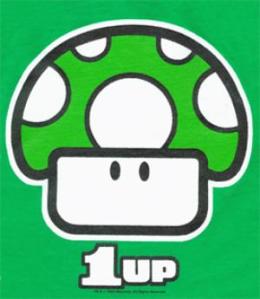