Excruciating. A word this writer has become familiar with over the last 24 hours or so.

The Yankees needed a win today in order to keep themselves in good position in the hunt for a Wild Card spot, and for the first six innings things were looking good; the Yanks up 3-0, a weekend sweep of Baltimore seemingly imminent.

Then cue the Yankee bullpen.

Shawn Kelley entered the game, relieving Andy Pettitte, who pitched superbly. Kelley however was anything but superb, letting up a home run to JJ Hardy, giving the Orioles a 4-3 lead after Baltimore scored one to cut the lead to 3-1.

Kelley turned it over to Boone Logan, who then passed the baton to (gulp) Joba Chamberlain. 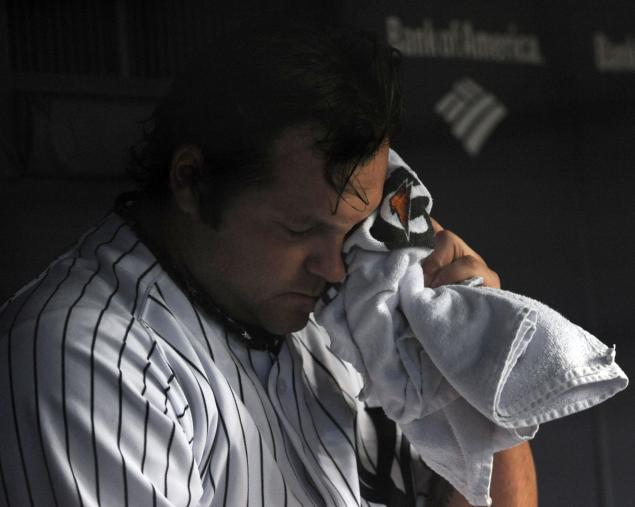 Things only got worse when Chamberlain came on in relief. Adam Jones rocketed a home run over the centerfield fence, the Orioles taking a 7-3 lead the Yanks could not catch up to.

While today was surely a collapse by the Yankees – and quite possibly the unofficial end of the so-called “Joba Chamberlain Era” in New York, it might pale in comparison to the unmitigated disaster that took place last night in the minor leagues.

Allow me to explain.

I spent most of my summer “down on the farm” covering the Hudson Valley Renegades, much like I did last summer. The Renegades were dominant in 2012, and even went on to win the New York-Penn League championship for only the second time in team history.

Although Hudson Valley boasted an incredibly talented group of future Tampa Bay Rays in 2013, this season they haven’t been as fortunate as they were last season. And after I tell you the story of last night’s game, you’ll understand why.

The Renegades hosted the Staten Island Yankees last night, the Yankees’ Single-A affiliate. Tied 2-2 in the top of the 12th, Staten Island loaded the bases with no one out. Up to the plate stepped the left fielder, Daniel Lopez. 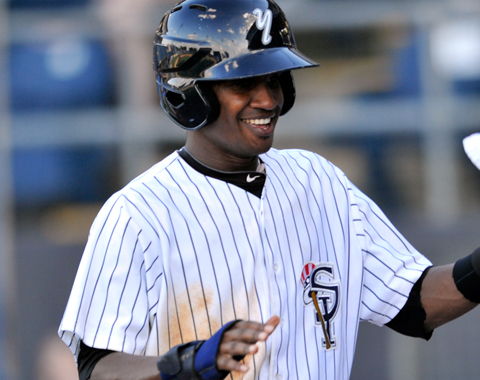 This 21-year-old baby bomber cracked a liner up the middle that should have scored two runs and gone down as a single. It turned into a nightmare for the Renegades, as their center fielder James Harris made an offline throw to the plate.

The error allowed three runs to score and Lopez to go the third. And it wasn’t over.

Renegades’ catcher Ryan McChesney tried to catch Lopez at third base, throwing wildly down to the hot corner. The throw was errant and allowed Lopez to come home and make it a four-run play. The miserable 12th inning took all the air out of the Renegades.

Believe it or not, I couldn’t help but think of Seinfeld after witnessing the mess.

If you recall, there was an episode that involved the character Kramer asking Paul O’Neill to hit two home runs for a sick boy in the hospital. Kramer and Bobby, the bedridden-yet-hasty little boy, watch on the hospital TV as “The Warrior” crushes a home run.

In his last at-bat of the game, O’Neill lines a ball into the outfield and digs for third base – all of this according to what we, the viewers, hear from the play-by-play man calling the game. A throwing error allows O’Neill to come in and score.

“They are ruling the hit a triple and an error on the throw,” says the play-by-play man.

Because it was ruled a triple, the hit wasn’t good enough for the young man. He wanted two home runs, not a home run and a triple. But Kramer makes the point:

And although Lopez’s hit was not ruled an inside-the-park grand slam by the minor league official scorer, it was indeed just as good.

O’Neill’s nephew, Mike O’Neill, is on the Staten Island Yankees. He was not involved in the scoring in the four-run 12th inning, but he did play in the game; Mike batted second and played centerfield.

The Seinfeld scenario and the Lopez hit in the 12th – talk about eerily similar. And the O’Neill name was the link to it all.

(On a side note, Mike O’Neill has not enjoyed a lot of success this season; going into last night’s game he was batting .230 and leading the New York-Penn League in strikeouts with 84 – and picked up his 85th, 86th, and 87th strikeouts in last night’s game to extend his lead)

As for the big Yankees, they’ll need to play awfully well in the month of September in order to gain a Wild Card spot. Fortunately they’ll be welcoming the all but extinct Chicago White Sox tomorrow for a three-game set, looking to avenge the sweep the White Sox handed them in the windy city at the beginning of August.

Most readers may have taken notice that the Yankee Yapping blogging this summer has been a little slow. I have been working a lot and have been very busy; obviously covering the Renegades (basically working as their beat writer for my newspaper) has taken a lot of time, as well as the other work I do for my newspaper/company.

There are only so many hours in a day, though.

Looking back, I think I only published two blogs this summer: one in July, one in August.

I promise to get back to it this month a little bit more. Whether or not the Yankees make the playoffs, I’ll be customarily handing out the annual Yankee Yapping Awards, as well as counting down the best moments this season in the “Top 13 of 2013.” (I wrote the “Top 12 of 2012” last year and enjoyed it, therefore I will certainly pen one for this year).

In addition to that, I’d like to do a career retrospective on Mariano Rivera at some point. I’ve done similar blogs about Jorge Posada and others. With time, I will write one for Mo and it will be up before the end of the year. Obviously spanning Rivera’s entire career and picking out his best moments will take time!

Thank you all for reading and look out for more posts and more Yankee Yapping!