The Yankees have started 2014 quite nicely, winning nine of their first 15 games. The Bronx Bombers are on an early tear, in fact, as they’ve won seven of their last 10. After taking three of four from the Boston Red Sox at home, they swept a doubleheader yesterday vs. the Chicago Cubs thanks to the brilliant pitching of both Masahiro Tanaka and Michael Pineda. 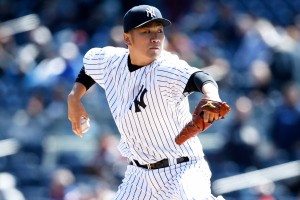 Both starting pitchers shut the Cubs out, and are hot commodities in the infantile stage of this season. I had tickets to Tuesday night’s game – which subsequently became Wednesday afternoon’s game on account of the rainout – but I could not go.

Yes, unfortunately I was not able to attend Yankee Stadium or “the Mecca” for the first time this season because I was saying goodbye to my grandfather. He passed away last Saturday morning.

There’ll be other games to hit. My grandfather – he was one of a kind.

At his wake Tuesday night, the priest from his church gave a nice speech about the astronomical amount of faith my grandpa possessed, and it taught me a real lesson I’ll carry with me for the long haul.

My grandparents were married for 50 years, until my grandmother passed away in 2002. The priest said my grandfather attended church every Sunday, and they usually spoke when mass ended. After every conversation they had, my grandpa asked the priest to pray for my grandma.

Even after my grandma passed on, he still loved her. For the past 12 years my grandmother may not have phsycially been around, but the love my grandparents had for each other never went away. The lesson there is that love never dies – so check that off the lessons learned list.

Similarly, the love I have for my grandparents will never die and I’ll always remember them; the love they freely gave and the big important moments in my life, from birthdays to graduations, that they never missed. 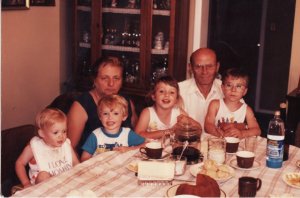 I’ve missed my grandma for the past 12 years, and now I’ll miss my grandpa. However, I’ll take so much comfort in knowing they are sharing love eternally now.

The love that never left.