If you read Part I of my analysis of the Yankees and Red Sox on paper, here’s Part II

Right field is such an important position on the field and playing the position requires a strong amount of defense. The Yankees and the Red Sox do not have the best defensive right fielders in the A.L., but both do so much to help the team win.

J.D. Drew was signed as a free agent prior to 2007 and had a history of injuries. Boston took a risk signing him, but with that risk has come a pretty good reward. Drew, for the most part, has stayed fairly healthy with Boston and his offensive numbers have climbed over the past couple seasons. Last season he hit 22 home runs and drove in 68 RBIs, despite holding a batting average of .255.

In the Bronx, Nick Swisher has quickly become a fan-favorite. His light-hearted attitude and funny personality has brought calmness to the Yankees and he brings a strong clubhouse presence to the table.

In both seasons Swisher has been with the Yankees, he has hit a total of 58 home runs and has knocked in 171 runs. 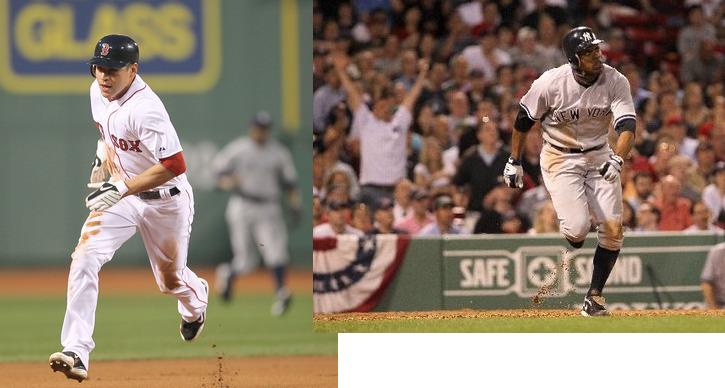 Speed and concentration are probably the two characteristics that define center field. Both the Yankees and Red Sox own center fielders that have those key essentials.

Curtis Granderson provides the Yankees with solid defense. He has the ability to catch fly balls on the run, has shown a decent arm (five outfield assists last year) and has overall demonstrated good leadership in center.

The only knock against him is his strife against left-handed pitching. Yet he still hit 24 home runs last year and knocked in 67 runs with 76 runs scored. If Granderson can show a little more patience at the plate and draw more walks, he will really be dangerous next year. He only walked 53 times in 2010.

Jacoby Ellsbury only played 18 games last season, being sidelined with an apparent rib injury. He didn’t hit any homers and only recorded five RBIs, but when he is healthy, he is deadly. In 2009, Ellsbury led the league in triples (10) and stolen bases (70).

In terms of his defense, Ellsbury is known to take a lot of risks; he dives for a lot of fly balls and his success rate is probably above average. But throwing caution to the wind one too many times can be costly, as evidenced by his injuries.

The Red Sox have a slight advantage here, but only in terms of offense.

Defensively, Carl Crawford is as good as they come. As everyone knows he has the speed needed to be an impactful outfielder. Crawford won the Gold Glove for left field in 2010, showing once again he does not need to prove himself as a defender.

Brett Gardner was described by Michael Kay as, “Carl Crawford, just as a cheaper price.” In a lot of ways he was correct, being that Gardner is just as fast as Crawford, maybe faster. However, Crawford is a four time All-Star, an All-Star Game MVP (2009), and came in seventh in last year’s MVP voting.

Gardner was sidelined in 2010 with a wrist injury and he needed surgery in the off-season to rectify it. In 2010 he hit five home runs with 47 RBIs and batted .277. 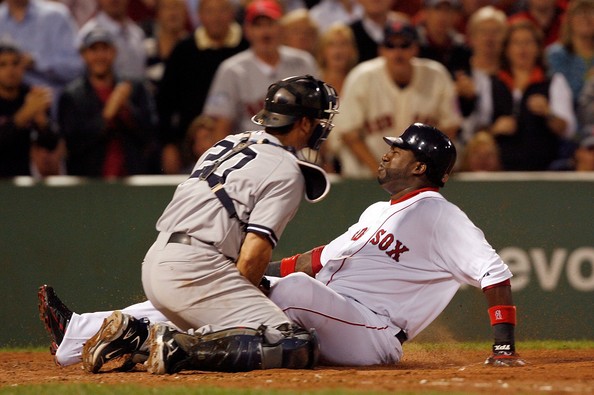 Posada’s offense has already been highlighted, but as mentioned before, he will be the Yankees’ everyday DH. The Red Sox will counter that with their Big Papi, David Ortiz.

Like Rodriguez, people can say what they want about Ortiz being on the “down side” of his career. But if last year was any indication, Big Papi still has a lot left in the tank. Boston’s slugger clubbed 32 homers last year and knocked in 102 runs on a .270 batting average.

Ortiz says it all the time, “All I do is hit. That’s what I am here for, because I don’t play defense.”

And Ortiz can still hit. When he steps up to the plate, there’s no doubt that his presence alone can intimidate a pitcher.

Posada may not intimidate a pitcher the way Ortiz does. But the Yankee DH did have 18 home runs last year, as previously mentioned.