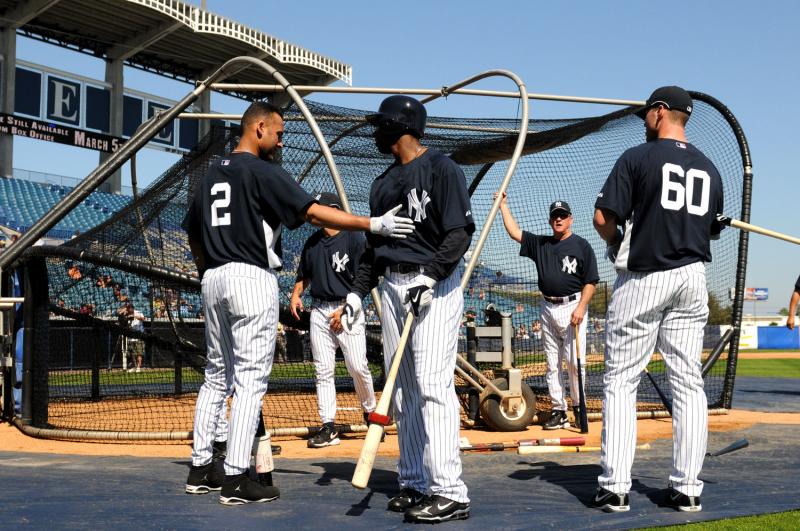 It’s the same story ever year when it comes to the first Spring Training game.

The Yankees play the first game in their home pinstripes, but every game after that sport their navy blue batting practice jerseys. There are critics who say, “It’s Spring Training. Who cares? These games don’t matter.” Then there are so-called “marks” (like me) who say, “Baseball is back. It’s not exactly Opening Day, but we are watching a Yankee baseball game in the winter.”

There are players wearing numbers in the high 90s and contrary to regular season games, Spring Training games can end in ties. What’s more, by the time the game reaches the sixth inning, there’s usually no one but minor leaguers on the field.

Still, it’s baseball. And a lot of people remain interested in these exhibitions.

Today the Yanks began their Spring Training journey with a 5-4 loss to the Philadelphia Phillies…or basically Ryan Howard, Cole Hamels, Raul Ibanez and a whole bunch of Phillies who will either be backups or start the 2011 regular season in the minors.

Most of the Yankee regulars played today, aside from Russell Martin–his knee is still recovering from surgery and according to Yankee skipper Joe Girardi, he might be behind the plate catching live by the end of next week.

Francisco Cervelli started at catcher today and got the Yankees on the board in the bottom of the second. After Robinson Cano reached on an error (originally ruled a base hit) Cervelli laced a double down the left field line to knot the game at one. 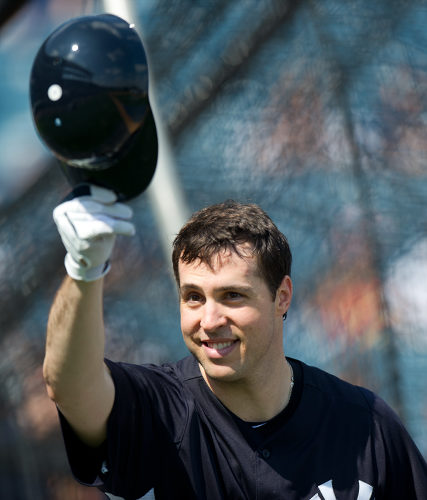 Mark Teixeira looked good in his first game with an RBI triple in the fifth to score Eduardo Nunez.

Minor Leaguer Jorge Vazquez had two hits, one being a bomb. Vazquez smashed a two-run home run over the batter’s eye in centerfield, which gave the Yankees a 4-3 lead in the bottom of the seventh. Unfortunately their lead was short-lived.

A blooper by Dan Sardinha in the top of the eighth off Eric Wordekemper plated two runs for the Phils and gave them a 5-4 lead.

The Phillies previously scored two runs in the fifth off reliever and 2010 Minor League Pitcher of the Year, David Phelps. Pete Orr doubled to score Wilson Valdez and Orr later came to the plate on an RBI single by Ross Gload.

Jeff Larish grounded into a 6-4-3 double play which scored Ben Francisco to give the Phils a 1-0 lead in the top half of the second. Francisco tripled to reach third on a ball Nick Swisher could have played for a single.

Was it an ugly game? Yes, but most Spring Training games are. Are the Yankees looking to win? Yes and no. It’s more to get a feel for the season and to prepare, and even the most jaded fan can tell they are not “loading up with big bullets and guns,” so-to-speak. 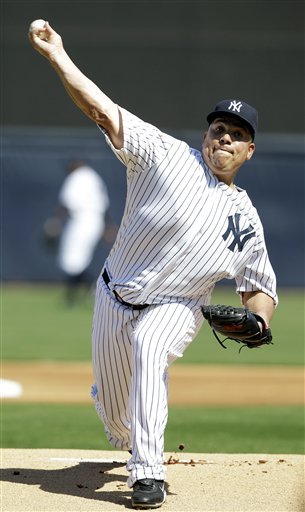 Bartolo Colon got the nod to start by Girardi, who felt Colon would be ready to pitch since he played winter ball. Colon’s line wasn’t terrible: two innings pitched, two hits, an earned run, a walk and no strikeouts. He only tossed 36 pitches.

For Philly, Hamels made the start and his line was almost identical to Colon’s: two innings pitched, one hit, an earned run, a walk, and two Ks.

The Yanks and Phillies will travel across Tampa Bay and play again at the Phillies’ home base in Clearwater tomorrow afternoon. 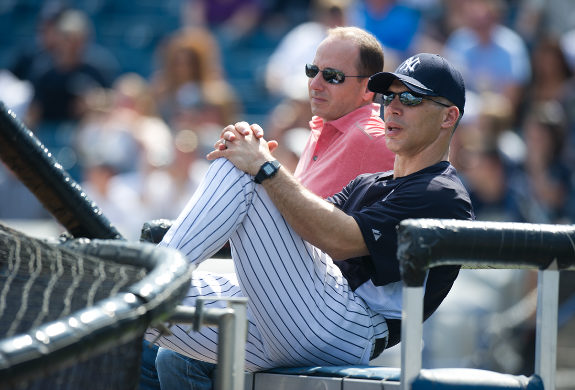 Notes & Things to Out Look For

·         The Yankees honored the late George Steinbrenner with a ceremony before their first Spring Training game today. Only fitting, considering it was their first preseason game without their boss. It was a beautiful gesture and I am sure the Steinbrenner family is appreciative of all the love the Yankees are showing their fallen boss.

·         Ken Singleton of the YES Network said A.J. Burnett threw to hitters during live batting practice the other day and looked exceptional. According to Singy, Burnett’s fastball was “crackling,” his curveball had tilt, and his delivery “has been re-visited.” It sounds as if new Pitching Coach Larry Rothschild has helped him a lot and the season hasn’t even started yet. He will pitch Wednesday March 2 vs. the Houston Astros.

·          It’s already been established that Joba Chamberlain will be a bullpen pitcher this season. He does look heavier, but he was pretty good in relief today. Chamberlain pitched a 1-2-3 third inning with one strikeout. He topped out on the speed gun in the mid-90s.

·         David Robertson pitched a scoreless fourth inning with two strikeouts, no hits, and a walk. He and Chamberlain might be battling this spring for the primary middle relief role, what with Rafael Soriano in the eighth inning role. Either way, the Yankee bullpen will shape out. I think they will be a solid corps of relievers and probably be at the top of the league.

·         Top pitching prospects Dellin Betances, Andrew Brackman, and Manuel Banuelos have been nicknamed “The Killer B’s.” All will be starting 2011 in the minors but can make that push for the bigs. Girardi said Banuelos is “way ahead of his age” (only being 19, but will turn 20 on March 13).

·         David Phelps is a 14th round draft pick out of Notre Dame and the Yankees’ Pitcher of the Year for 2010. He didn’t really impress me much today, giving up two earned runs on three hits. But it’s only the first game. Lucky for him, he has time to impress.

·         Alex Rodriguez hit a double today but didn’t score. He looks good and I expect him to have a typical “A-Rod season,” if you will. No need to overanalyze him.

·         Andruw Jones played in pinstripes for the first time today. He drew two walks and struck out, and was also picked off at first base. He isn’t as fast as he used to be, but he will definitely be a better defensive player than Marcus Thames. Jones is wearing Johnny Damon’s old number, 18.

·         The end of the top of the seventh inning today ended in style. Outfielder Justin Maxwell, who was acquired from the Washington Nationals in the off-season, made a sweet diving catch to end the frame. Very nice work from Maxwell; he could be a great asset to the Yanks. Or trade bait. Today I read Francisco Liriano is on the Yankees’ radar.

·         When I said that Jorge Vazquez’s home run was a bomb, I meant it. He crushed the ball over the batter’s eye in centerfield–not a cheap home run. He also had a base hit in the ninth to keep the Yankees’ little rally alive, although they couldn’t finish it. If that isn’t making a great first impression, I don’t know what is. Finally, a guy named Vazquez doing something positive for the Yankees…